Once I studied that i could control all the functions of a scooter, using a bit of android programming, I moved off to something bigger and useful. I first tried out my system on my friend's Honda City, as my father wan't ready to give me his car. After a bit of persuasion from his colleagues , he agreed to give it to me. In the case of my friend Sunil's Honda City, I had to figure out the wiring for the igniton and engine by just using an ordinary multimeter. I was so happy when those headers roared for the first time at the push of a button from my phone. After , working on the Honda City I moved on to my Santro Xing, now I didn't want to take any risk ,so I went directly to the Hyundai service centre and with the expertise of the technicians I was able to understand the wiring of my car, I was thrilled by the response of the people at Hyundai once I showed a demo to the entire staff there.

I programmed my android phone to create a mainframe which is like a UI for my car, by pushing the respective buttons on my phone. I am able to access all the basic functions of my car, such as : engine start, ignition on/off, Air Conditioning, Parking lights, Central locking system.The newly fabricated system is as shown: 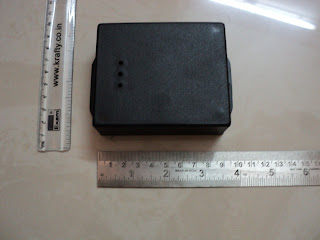 I have applied for a patent on this system via my advocate Tommy Mampilly, the application was sent to the Chennai patent office.

The application used for this system is called "My Ride" made by me, the system is initially password protected, so that unauthorised access is prevented. I was also featured on Asianet News for this project, the video showing my project and it's applications is:

The system canonly be used if the car is resting in the neutral position and if the hand brake is activated.
The video depicting all the functions of my system are:

The latest RideSmart blackberry application for Blackberry 10 on a Honda City: