I had the honor to showcase my project (RideSmart, as it got renewed) for controlling all the basic car features such as Air Conditioning, Central Locking, Engine Start, Acceleration, Parking Lights, etc using a normal smartphone. The system has now been redesigned for the Blackberry OS10 based smartphones running on the QNX kernel. The application is now faster, smoother and sexier than before. 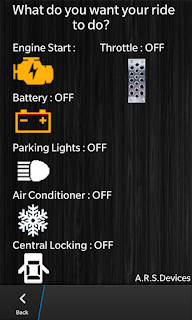 I was given the honor to meet Mr.Sijo Kuruvilla George (CEO Startup Village) via Mr.Anand Subramanian again via Mr.Jithu KM. I was able to impress him using this application , and with the help of a small demonstration too. Mr.Sijo was then able to connect me with Mrs.Annie Mathew (Director, Business and Alliances at Blackberry) , who was also pretty driven by this . She then granted me the opportunity to showcase this project along with the car during their Blackberry OS10 launch that had taken place at February 25 at Mumbai.Blackberry had also let me get my hands on the latest BB OS10 device, for further testing and development of the application. The phone is pretty powerful, with a sweet cam and sweeter UI.

The event was able to grant me with a huge number of well wishers including Mr.Sanjay Dutt (Managing Director, Blackberry India). The event was a huge success especially with the presence of Ranbir Kapoor. The event had journalists from different parts of the world to cover the launch.
Many journalists covered the project, which led to the widespread publishing of it in many newspapers, news channels, blogs,etc.

The article from Blackberry community with a video: http://www.bbin.in/en/2013/03/09/video-check-blackberry-10-controlled-car-powered-arvind-sanjeev-startup-village/

The article from Blackberry community with a video:
http://www.bbin.in/en/2013/03/09/video-check-blackberry-10-controlled-car-powered-arvind-sanjeev-startup-village/
and from the blog of Mr.Sijo Kuruvilla George:
http://www.sijokuruvilla.com/the-kid-who-controlled-the-car-with-his-smartphone/
and from India Tech Online :
http://www.indiatechonline.com/it-happened-in-india.php?id=985.

Blackberry Live Orlando
As I was given the opportunity to become a Blackberry Elite VIP member I was able to attend the Blackberry Live conference at Orlando, USA. Other than that I had access to various blackberry products, softwares and direct access to many people there.
The experience at Blackberry Live was excellent. I was able to attend sessions by the CEO Thorsten Heins ,  by the CMO Frank Boulben and even the influential Alicia Keys. The conference was amazing, with every attendee getting a cool new BB Z10 device!! Being an elite member also gave me several other priveleges such as to interact and meet with the CMO Frank Boulben , Alec Saunders, the Vice President of Developer Relations, etc. 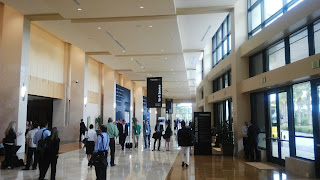 The Conference was held in various sessions and common meetings across different halls and rooms. It saw people from all over the globe, even though particularly few Indians . It continued for 3-4 days, with sessions ranging from enterprise solutions to basic app development. There were a whole lot of volunteers dedicated for this too. 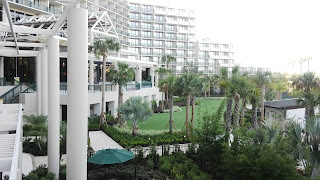 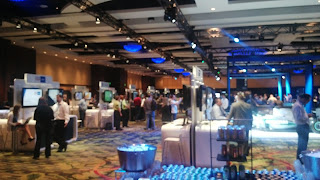 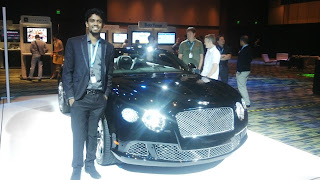 With Tim Neil of blackberry , the guy behind the Batberry project (he has build-ed a bat mobile from scratch  having real gun replicas and while using a Blackberry10 platform for it's control, that's truly WOW!!